Tennessee’s Supreme Court reversed a decision by the Appeals Court and found Americare Systems, Inc. liable for the staffing shortage that led to a resident’s death.

The case first went to trial in April 2010. The plaintiff’s were the daughters of a woman (Ms. Farrar) who died in a home managed by Americare Systems. The defendants were Americare and the two licensed nurses on staff at the Celebration Way home where Ms. Farrar lived. The trial court determined that Ms. Farrar died of a ruptured colon. The jury held the defendants responsible for treatment that led to her death and awarded damages to the plaintiffs – $300,000 in compensatory damages and  $5.015 million in punitive damages ($5 million against Americare). 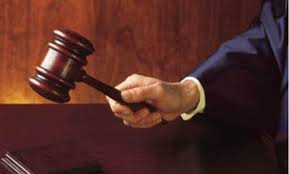 Americare appealed, claiming they were not responsible for the staffing shortage, and the Tennessee Court of Appeals agreed, reversing the jury verdict. The Tennessee Supreme Court accepted the plaintiff’s petition and ruled that the plaintiff’s had “found the plaintiffs presented material evidence supporting the conclusion that the lack of adequate staffing led to a deviation from the applicable standard of care.” The Supreme Court sent the  $5 million judgement against Americare  back to the Appeals Court for review.

India, a country of 1.27 billion people, is beginning to emulate the assisted living business model so common in the United States.

There are only 30 existing communities in India but another 30 are in development. They are targeting both middle-income and wealthy seniors. Residents moving into the communities can choose between a lease or buying an apartment (much like AL and CCRC here). The basics for AL homes in India – food, security, transportation, activities – are similar to their U.S. counterparts. Returning emigrants are part of the target market for developers.  India’s economy has grown quickly in the last decade especially in the financial and technology sector.