Most people do not buy LTC  insurance.

Several big name providers have gotten out of the business in recent years.

Most assisted living communities still list LTC insurance as a way prospects might be able to afford their monthly payments. Recently, the California Public Employees Retirement System (CalPERS) announced an 85% premium hike to their members, effective 2015.

CalPERS is the second largest public provider of LTC insurance (the Federal Government is the largest). The rate increase affects about 85% of those who purchased life time programs w insurance hedges between 1994 and 2005. The board of directors cited poor investment returns as the biggest factor for the hike.

The Federal Governments LTC Plan page is vague when explaining what might cause a rate increase. Considering Medicare is officially in the red now, it may not move to shore up its program. CalPERS is now selling LTC policies that would cover between three and 10 yrs of residential care in lieu of its former “life” policy.

Huge premium hikes leave the diligent planner in a tough bind – either they must commit to paying significantly more money or let the policy lapse. The policies lapsing have been paid for years. The money already spent makes it psychologically hard for many to walk away.

This writer from Forbes suggests annuities instead of LTC insurance. He advises even people nearing retirement age (and in decent health) to buy an annuity that would start paying at a very advanced age (e.g. a 60 yo buyer collects at age 80). The annuity offers greater flexibility than LTC insurance as it’s not tied to care.

Assisted living communities will recommend annuitites more often in their marketing campaigns as a means of payment. They will mention LTC insurance less often as it declines in popularity. 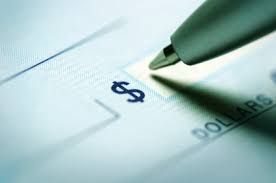 2 thoughts on “Does Long Term Care Ins Have a Future?”